Boost Your Home WiFi to the Extreme with Nighthawk Mesh 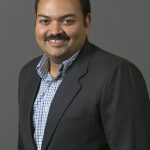 Getting seamless and consistent WiFi coverage for your whole home shouldn’t be such a difficult undertaking. Unfortunately, however, it very often is. Whether it is the frequent disconnections in dead zones or the repeated buffering, many people know that their current setup is not enough to keep up with the demands of the ever-increasing number of devices running simultaneously in their home.

That’s why whole home WiFi systems, especially the market leading and multi-award winning Orbi™ Home Tri-band WiFi System has been such a popular solution in the world of home networking.

However, what about those people who have already committed to their ISP provided gateway and have no choice in what router they use? Or even those who already love their existing premium router, such as a NETGEAR Nighthawk? Now, all customers can experience the benefits of a WiFi system with improvements in coverage and performance while keeping their existing equipment. 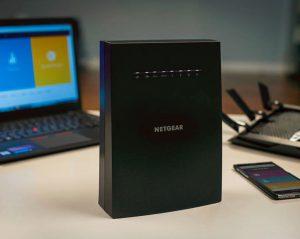 NETGEAR® has introduced the brand new Nighthawk X6S AC3000 Tri-Band WiFi Range Extender with Patented FastLane3 Technology. The Nighthawk X6S extender works with your existing router to provide seamless Smart Roaming with a single SSID, while resolving any inconsistent, slow or weak wireless connections in hard-to-reach areas. It’s the perfect solution for getting faster WiFi speeds to more devices for those who already have, and love, their existing premium router, or those who are locked into renting gateway modems from their ISP, while eliminating any frustrations of switching SSID networks from the router to the extender while moving throughout your home. You can easily pair the extender with your router or gateway with a simple push button install.

Unlike other extenders that cut WiFi performance in favor of range, the Nighthawk X6S utilizes innovative Tri-Band WiFi with Patented FastLane3 Technology, which maximizes the available internet speeds up to 3Gbps across an additional 2500 square feet of space in their network. Disconnections and dead spots can now become a long lost memory from your past.

Transform your WiFi into a Nighthawk Mesh experience, so your whole family can stream videos and music, and play games simultaneously, without any stutters or buffering, all while using your own router, with the new Nighthawk X6S WiFi Extender (EX8000), available for purchase now.