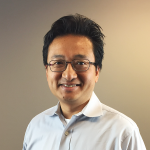 The bandwidth and number of clients that wireless access points must support is growing exponentially. With these Wi-Fi requirements increasing day-by-day, hardware must evolve as well to keep up with the demand. To help solve this, NETGEAR has introduced a WiFi 6 Release 2, aka, WiFi 6E, Access Point called the WAX630E, bringing WiFi into the 6Ghz age. A comparable product WAX630 was released about a year ago called the WAX630. Let’s compare the two APs and see what the differences are, and if there can be a conclusion drawn on which product is superior.

When comparing two WiFi products, the first things we look at are the speeds and pricing. The WAX630 and WAX630E claim aggregate speeds of 6Gbps and 7.8Gbps, at $329 and $349 respectively. So, for an extra $20, you receive a significant value of performance to cost. The WAX630E is certainly a favorable choice between the two in this area.

Immediately after reading the claim on the speed, we look deeper into the design and see how the speeds are achieved, so we can establish a better understanding or estimation on the true speed in a real-world environment, running actual applications.

WiFi 6 and WiFi 6E Tri-band in an Access Point

WAX630E, on the other hand, treats the entire 5GHz band as one band, and operates on three bands, 2.4GHz, 5GHz, and the new 6GHz WiFi band.

Throughput is related to channelization. The wider the channel width, the faster the throughput.

Let’s understand the user experience in each band first. And then we can look at the total experience, in an environment where there are a mix of devices.

However, because there are fewer and fewer 2.4GHz devices as the time passes, and the data rate in the 2.4GHz devices are relatively low, WAX630E is more than adequate to handle both the speed and capacity requirements.

The WAX630 splits the 5GHz band into two, effectively doubling the number of devices it can handle. In other words, it doubles the device capacity. If you have a lot of 5GHz devices, WAX630 is a winner.

However, more and more 5GHz devices are now equipped with what is called WiFi 6 Release 2 technology, enabling 160MHz channelization. With these devices, WAX630E can deliver twice the throughput to each one of the devices. This is a feat that WAX630 by design is not capable of.

Because WAX630 splits 5GHz into two bands, each served by a 4-stream radio. One can argue that WAX630 has more total capacity on the 5GHz band. That is true. But for the sake of 160MHz enabling double the throughput, one can always add another WAX630E to the network. Remember, the Insight Managed Access Points are designed to work in a networked or clustered manner, enabling a meshed WiFi network, handling a large number of devices. In principle, and in reality, the capacity increases linearly as one adds more Insight Managed Access Points to the network.

The WAX630 does not operate on the 6GHz band. That is that.

With the WAX630E, one can experience the unparallel throughput, connectivity and lower latency with a 6GHz capable WiFi device. On the 6GHz band, WAX630E has 250% more channels to make connections, compared to the 5GHz band, making device connection faster and cleaner due to less congestion.

Both WAX630 and WAX630E are excellent products. They are both managed by NETGEAR Insight which is a cloud-based management and control platform. They are fully compatible when they are deployed on the same network.

However, in order to future-proof your network and to enjoy the experience that the latest WiFi 6E technology user delivers, the WAX630E is undoubtedly the preferred choice.